All of Rinpoche's texts are written in Tibetan. Not very many people in the West have the capacity to read and understand Tibetan, and even if they can do so, most of them are missing the capacity to understand or to translate Tibetan texts about Dzogchen. In order to be able to translate these texts in a correct and precise way, a translator really needs to have very special skills.

The main translator and main responsible person for this unique project has been Adriano Clemente for many years now. Adriano Clemente, a student of Rinpoche since 1976, is one of these very few people who has such special capacities. Adriano has studied Tibetan from 1976 - 1983 at the University of Oriental Studies in Naples under Professor Namkhai Norbu, and started to translate Tibetan Teachings already in 1981.

Due to his practice and effort in translations he has become a very high qualified translator and therefore Chögyal Namkhai Norbu has appointed Adriano Clemente to be in charge of the translations of his Teachings and writings in Tibetan.

"If you want to have an understanding of Dzogchen, then we need the original books. And particularly, if in the future you want to teach and keep that transmission, you must study and apply the original texts.

It is not sufficient that you follow a teacher and listen what he says, although that might be good for you if you practice, for your realization.

However, if you are a practitioner, you must also think about tomorrow and of other people. In fact, when we do practice we say from the beginning that we practice to benefit all beings.

But how do we benefit them if we don't teach and do not preserve the Teachings for the future?

So that's why we also need to know about the original books of Dzogchen.

That is very important."

Adriano Clemente is not only the main translator of all works of Chögyal Namkhai Norbu but is also one of the main translators in the Ka-Ter Translation Project. Apart from all that, Adriano has supervised and continues to supervise all first editions of all books containing transcriptions of Rinpoche's Teachings. He is the sole supervisor of far more than hundred titles and the co-supervisor of 2 other titles.

In July 2015 was published: the books of Chögyal Namkhai Norbu on the Dance of the Vajra. 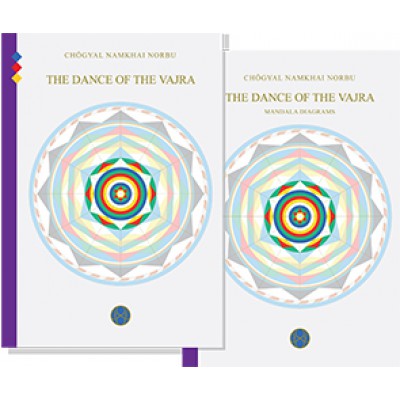 The new series are the LONGSAL COMMENTARIES:

All books are available in the Shop of the Shang Shung Publications.